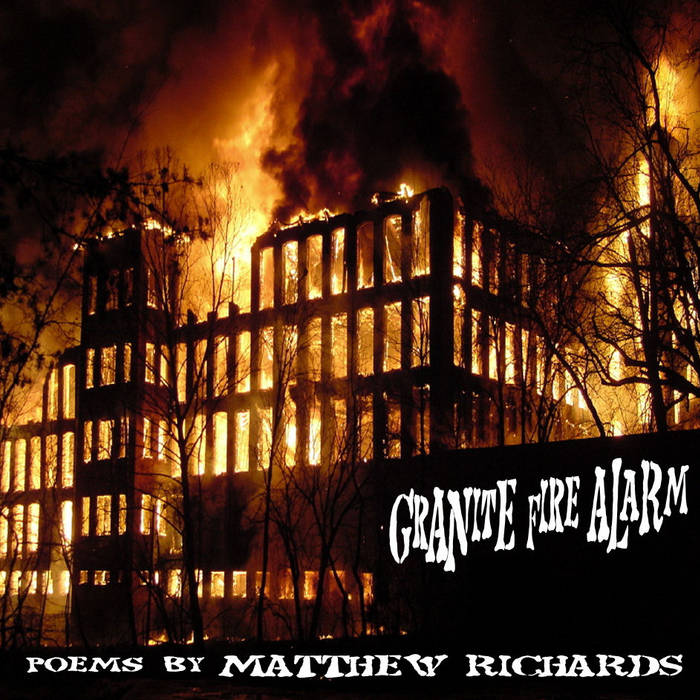 Granite Fire Alarm is the first Spoken Word album released by poet Matthew Richards. It contains his greatest hits from his first 4 years of slamming (2009-2012), including poems from his chapbook Pamphlet on Unraveling, material from his forthcoming manuscript, and "Misdiagnosis", his most-remembered poem from National Poetry Slam 2011.

Granite Fire Alarm is a journey that starts at Manchester West High School, progresses through the narrator's childhood and heartbreaks, chronicles his experiences with the Occupy Movement, and ends back in Manchester with a new appreciation for the city around him. The album serves as a wake-up call to a state which does not recognize the fire consuming it, and offers a hand through the inferno to the healing that waits on the other side.

Matthew Richards is an up-and-coming poet from Manchester, NH. He has performed on stages all over New England. In 2011, he represented Slam Free or Die at the National Poetry Slam in Cambridge as their Rookie of the Year. He is also a founding participant of Occupy New Hampshire, and testified on behalf of himself and the Occupy Movement in a landmark case with the NH Civil Liberties Union. ... more

Bandcamp Daily  your guide to the world of Bandcamp